But then, it’s times like these that
I don’t know what to write about

so I’ll just post pictures that
I want to keep from the Heisei Era! (There’s no profound meaning to this.) 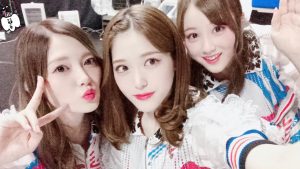 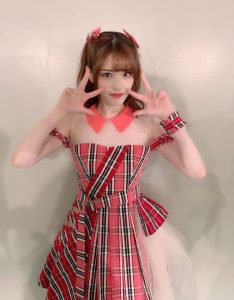 Both are so cute that I’m going to eat them ♡ 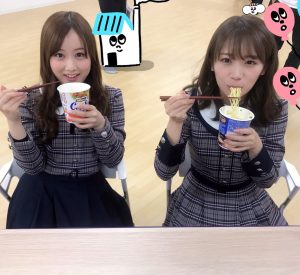 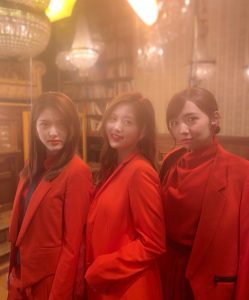 In the end, Nogizaka is the best!!! 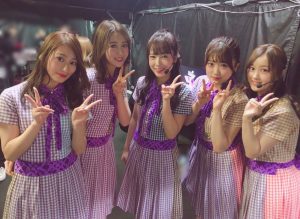 There were lots of laughs as well as lots of tears in Heisei.
Nogizaka46 was created in the Heisei Era.
Thank you for creating an exciting future (^^)
Let’s everyone do our best and have fun in the Reiwa Era, too!

Please support Nogizaka46 in the Reiwa Era as well ♡ 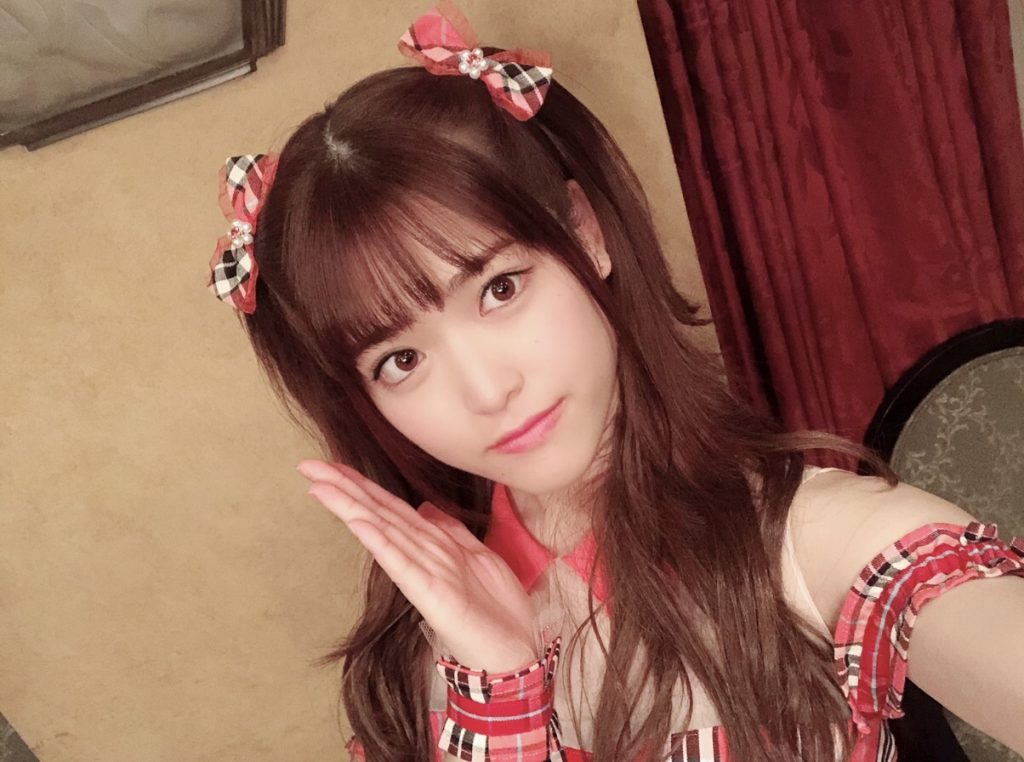 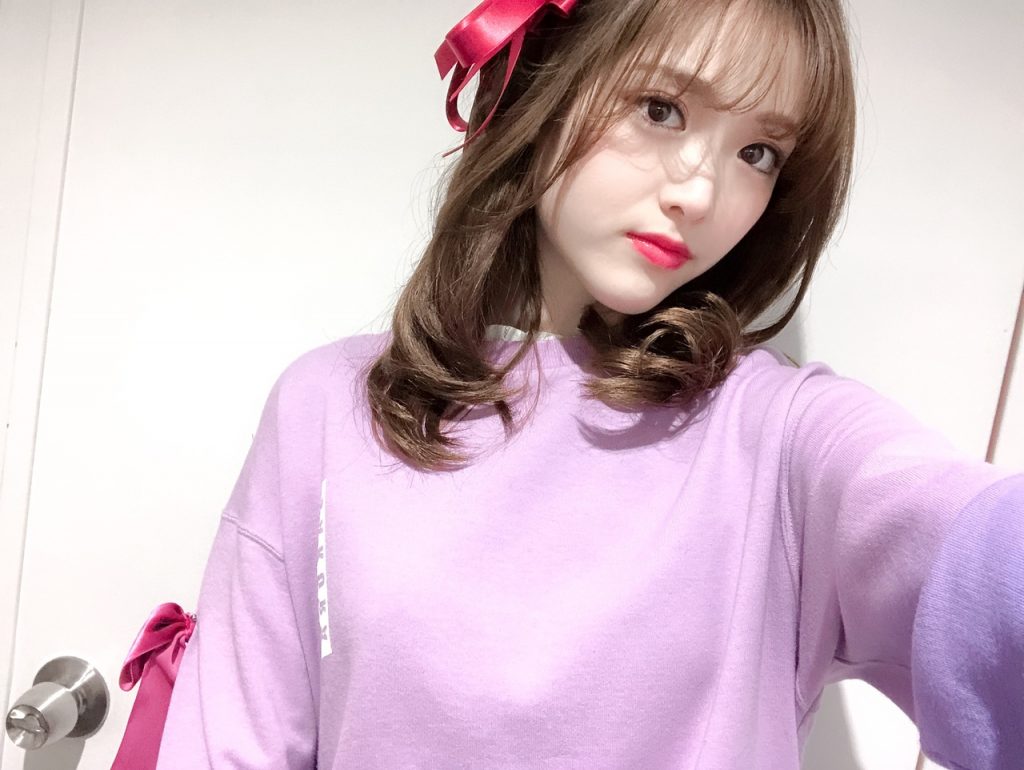 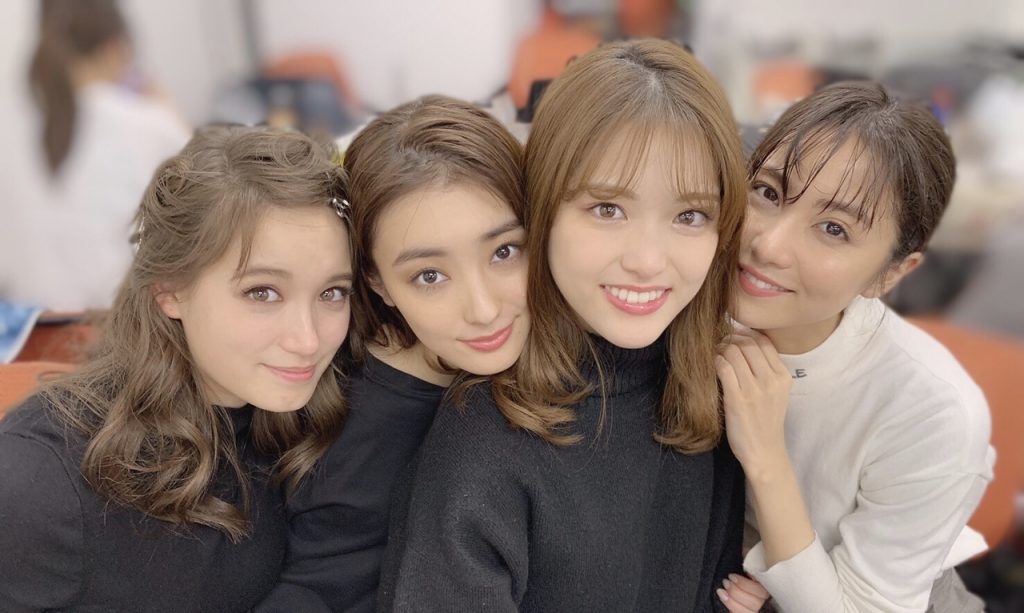 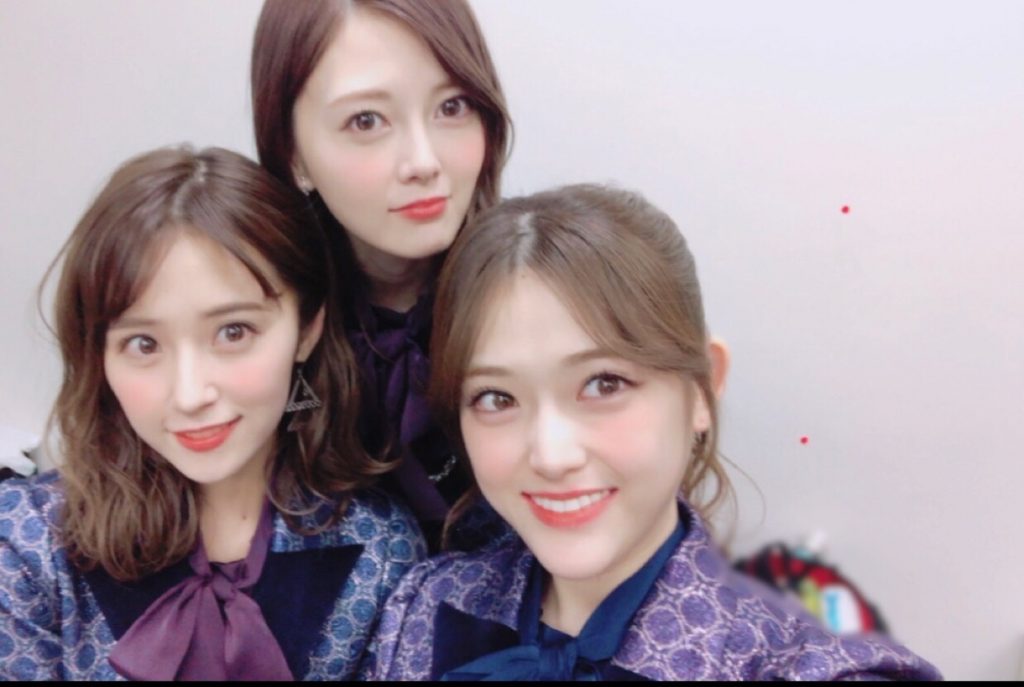 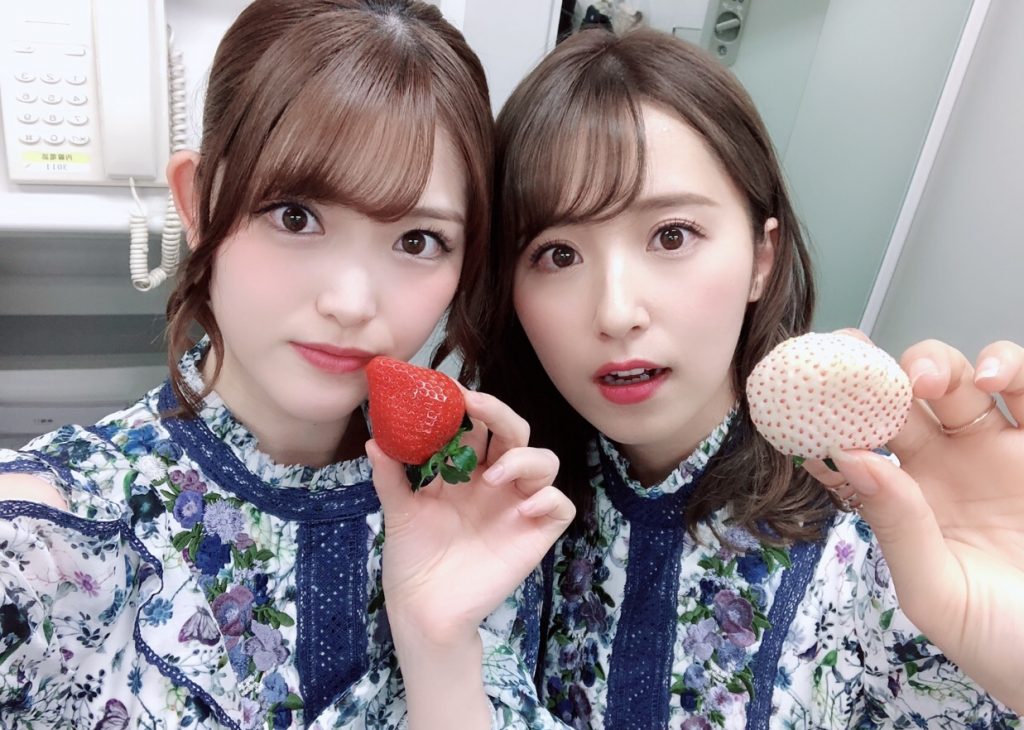 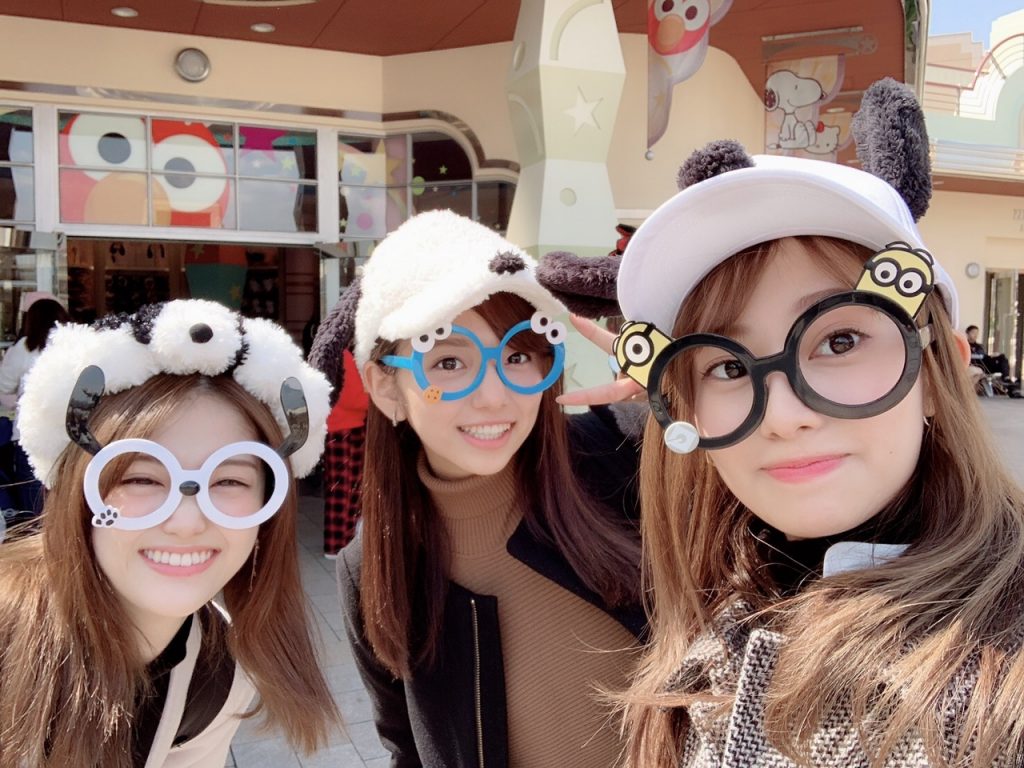 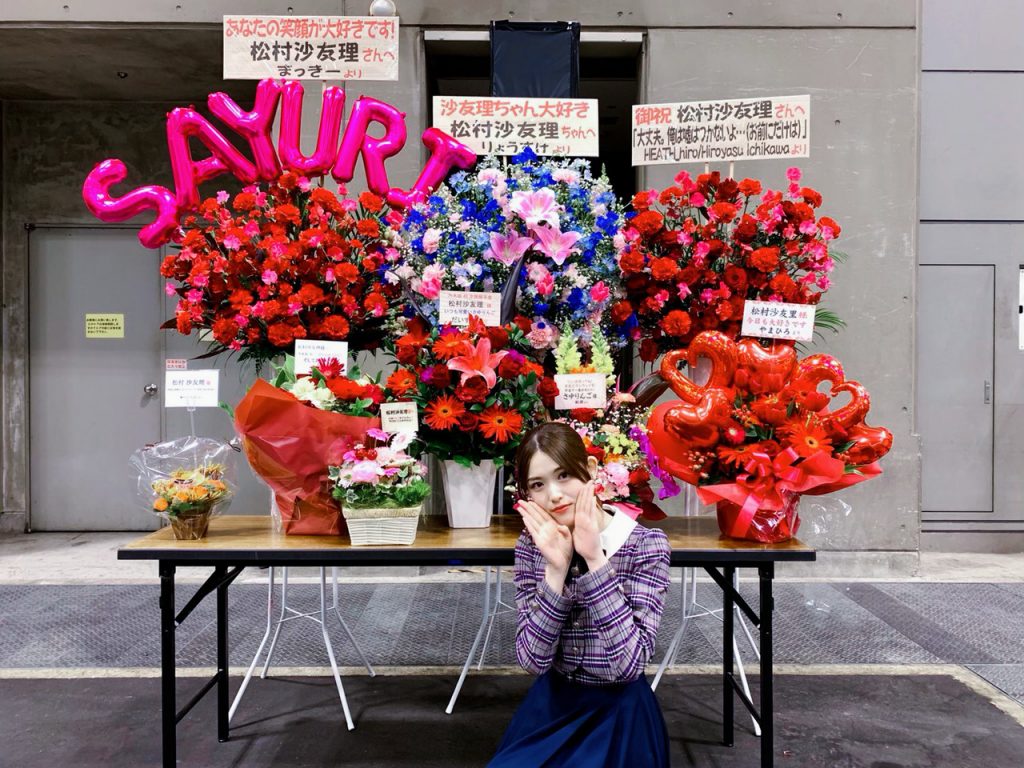 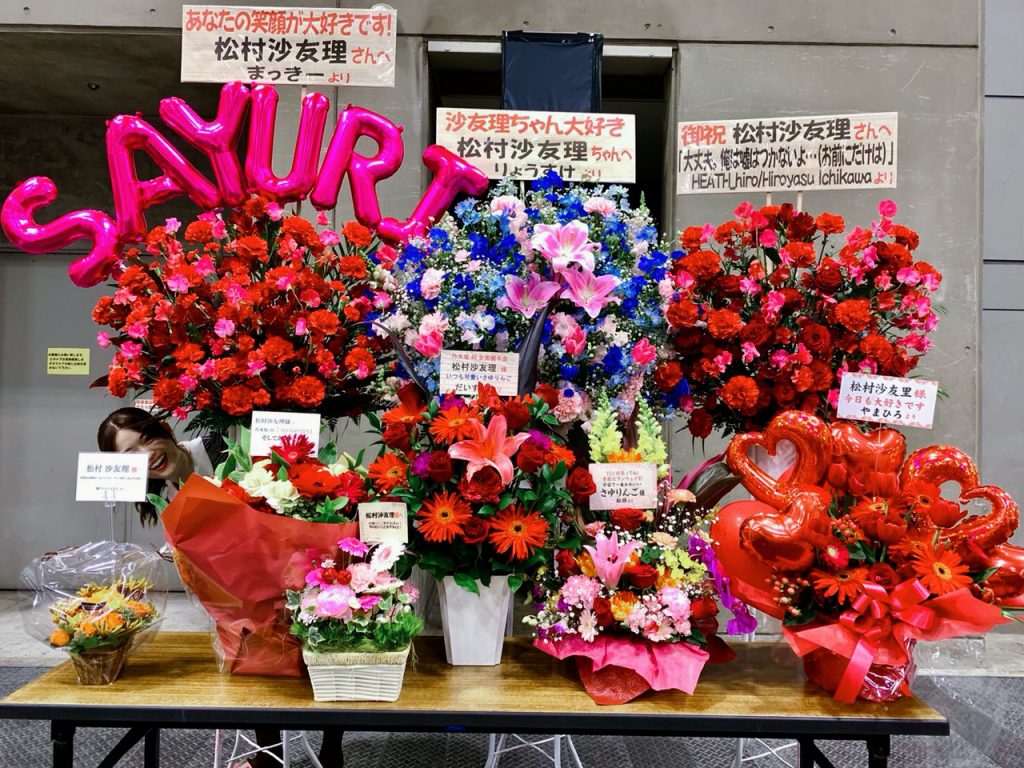 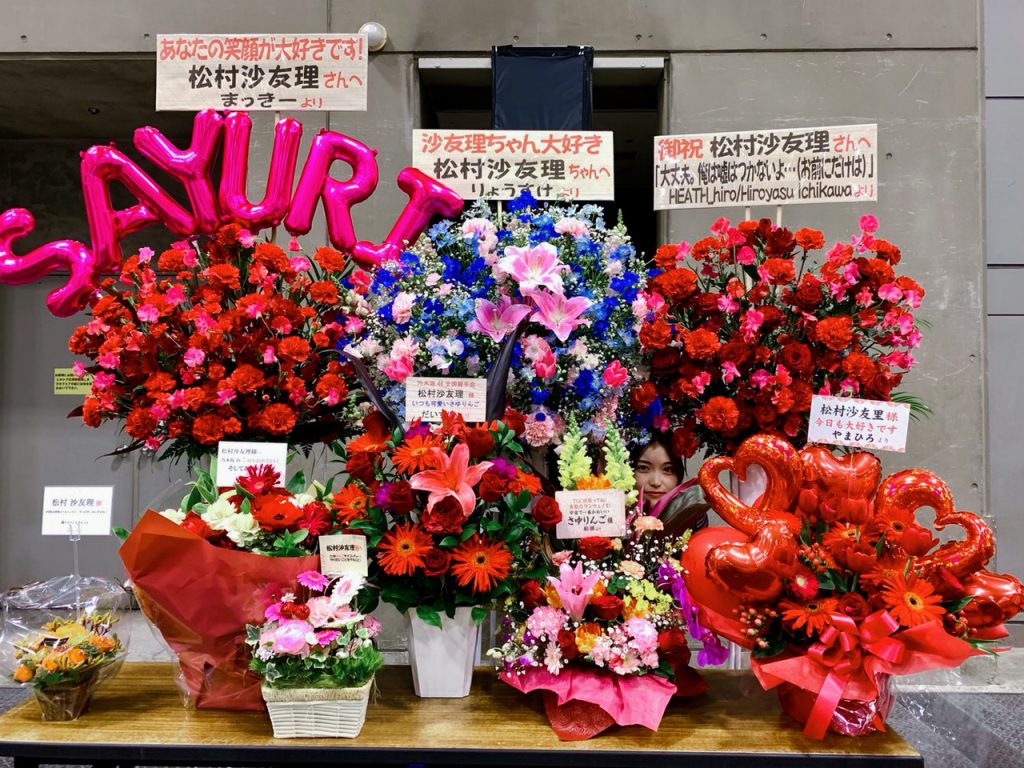 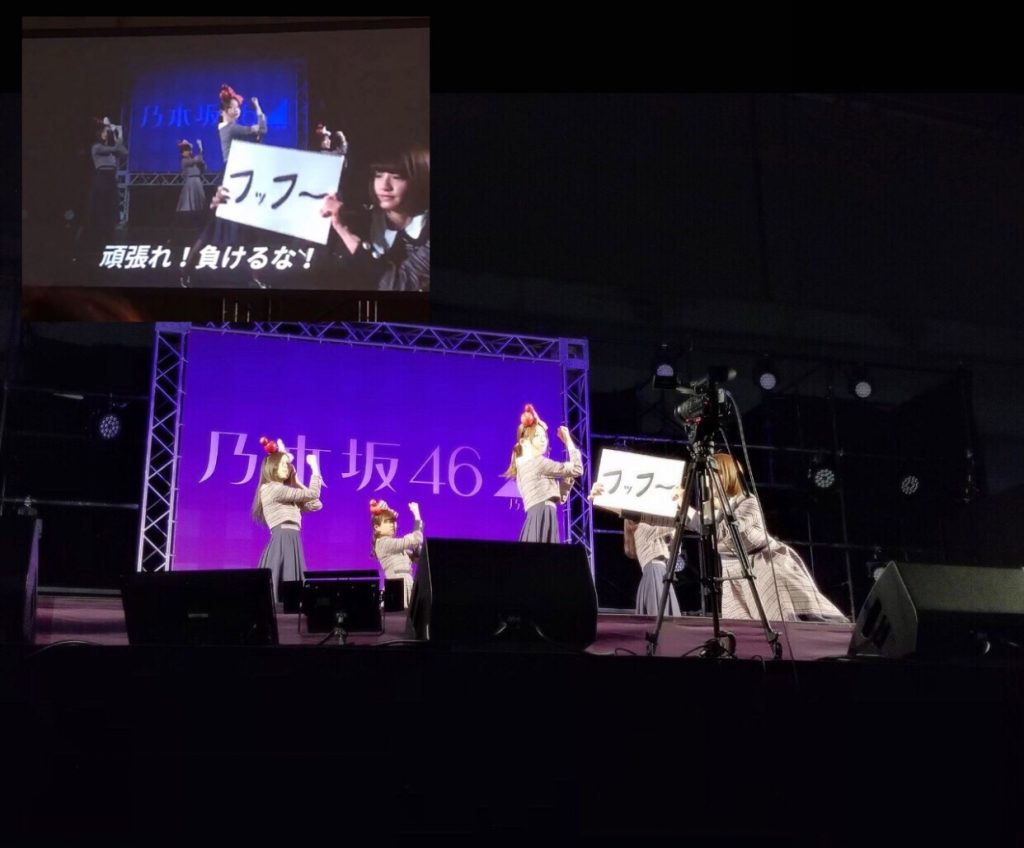 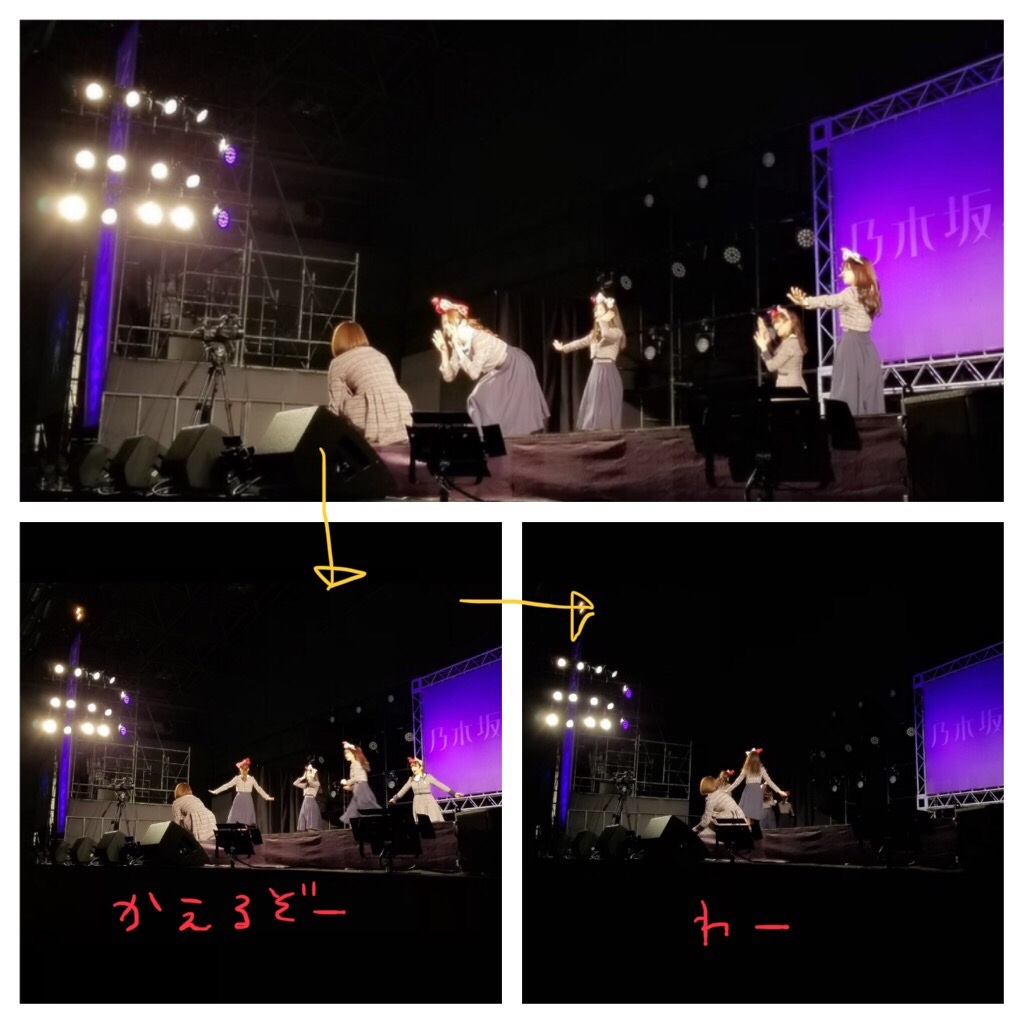 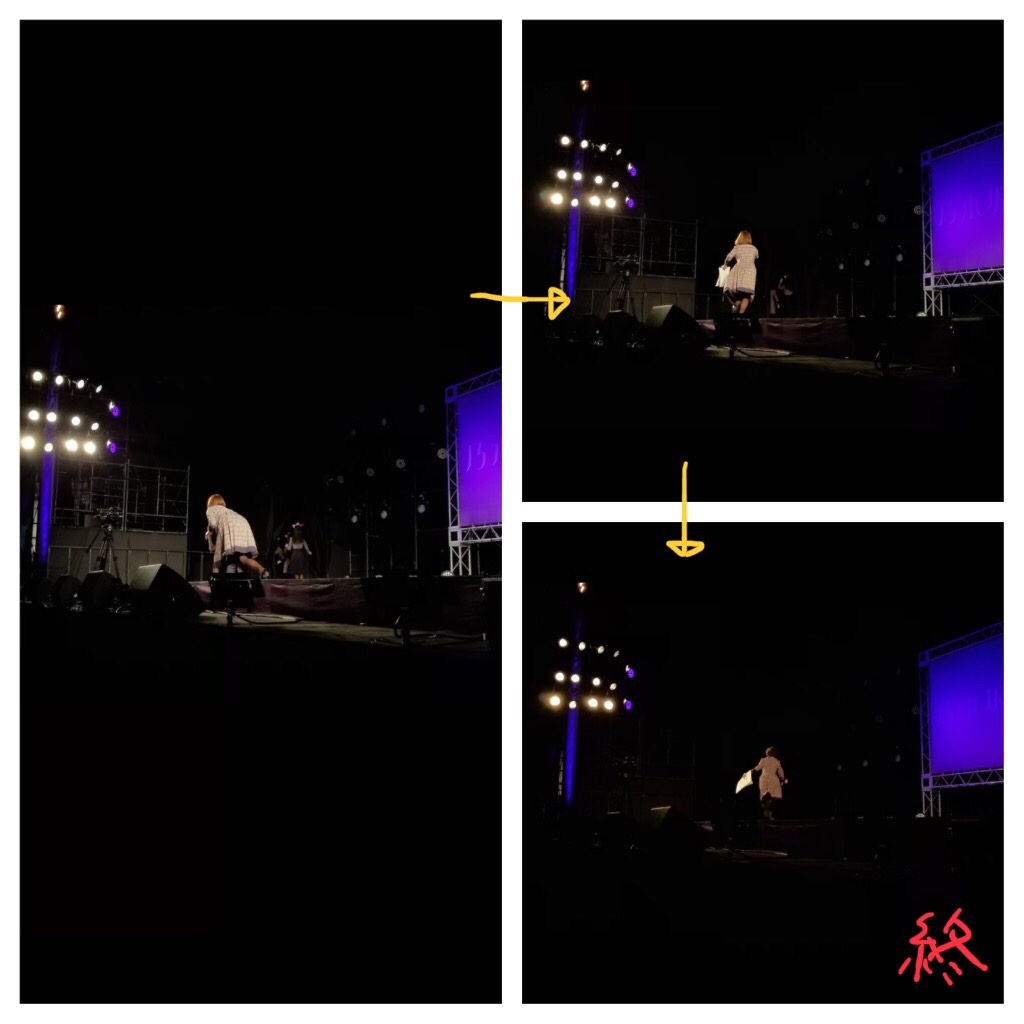 Today was a National Handshake Event at Makuhari Messe Hall

Thank you very much! 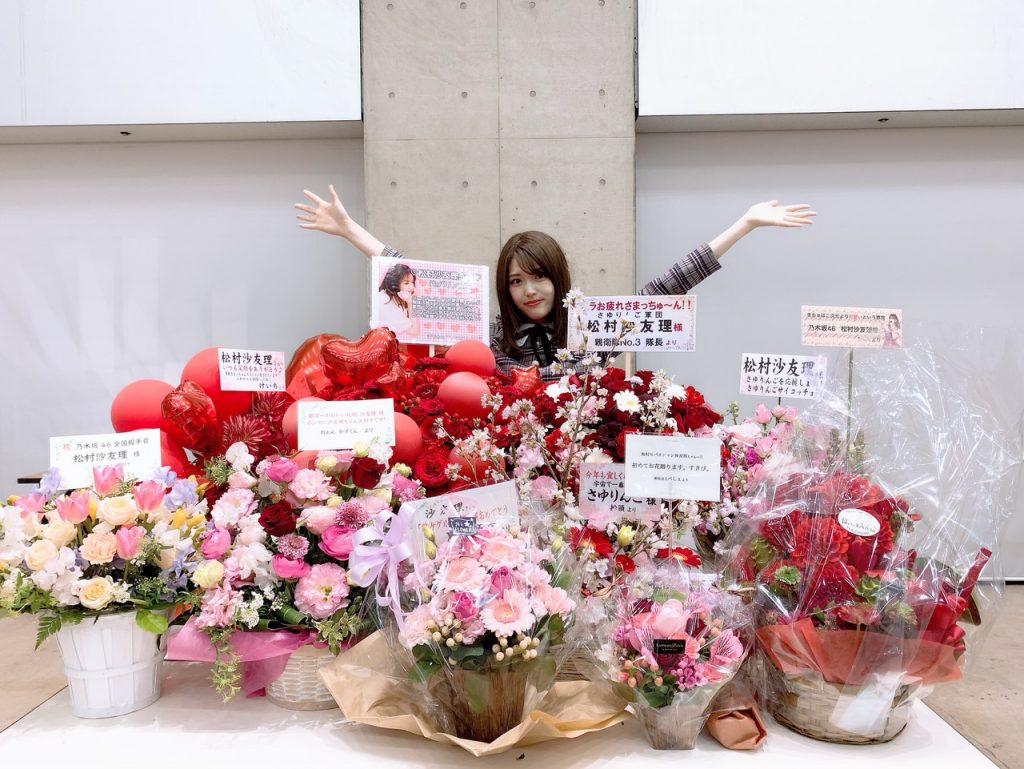 It is hay fever season,
but the beautiful flowers soothed me (｡･ω･｡) 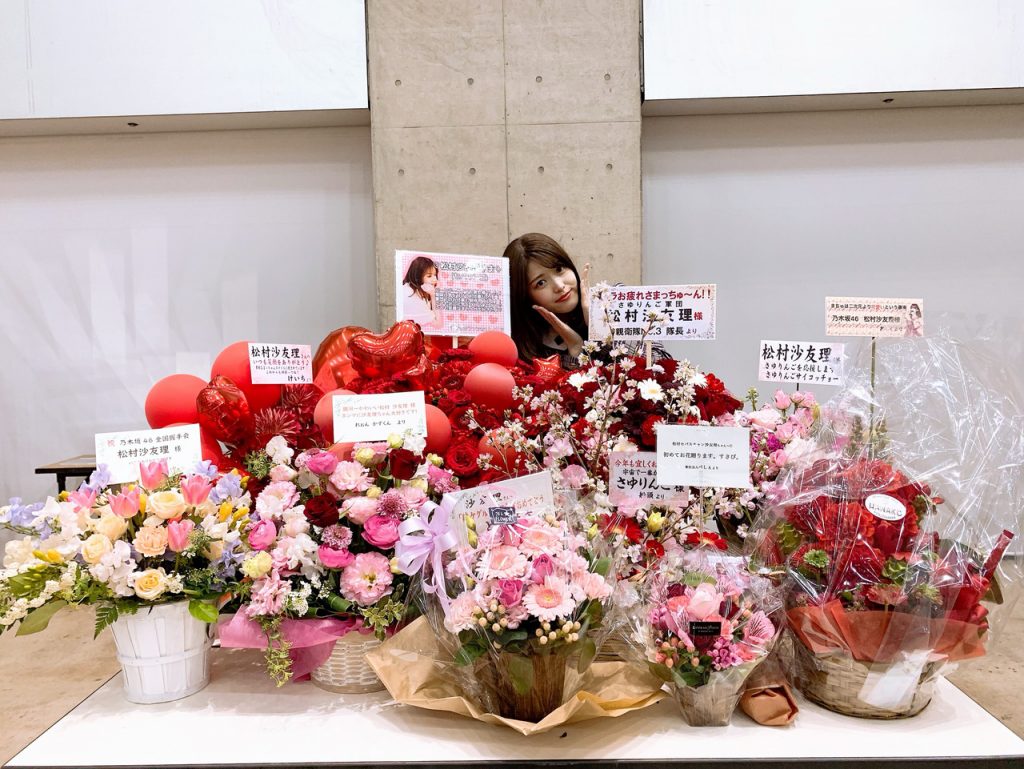 I hope everyone watches Kakeguruii ♡


My cuties ♡
Thank you for today as well.
I wonder where we should appear next time~(｀・ω・´)♡ 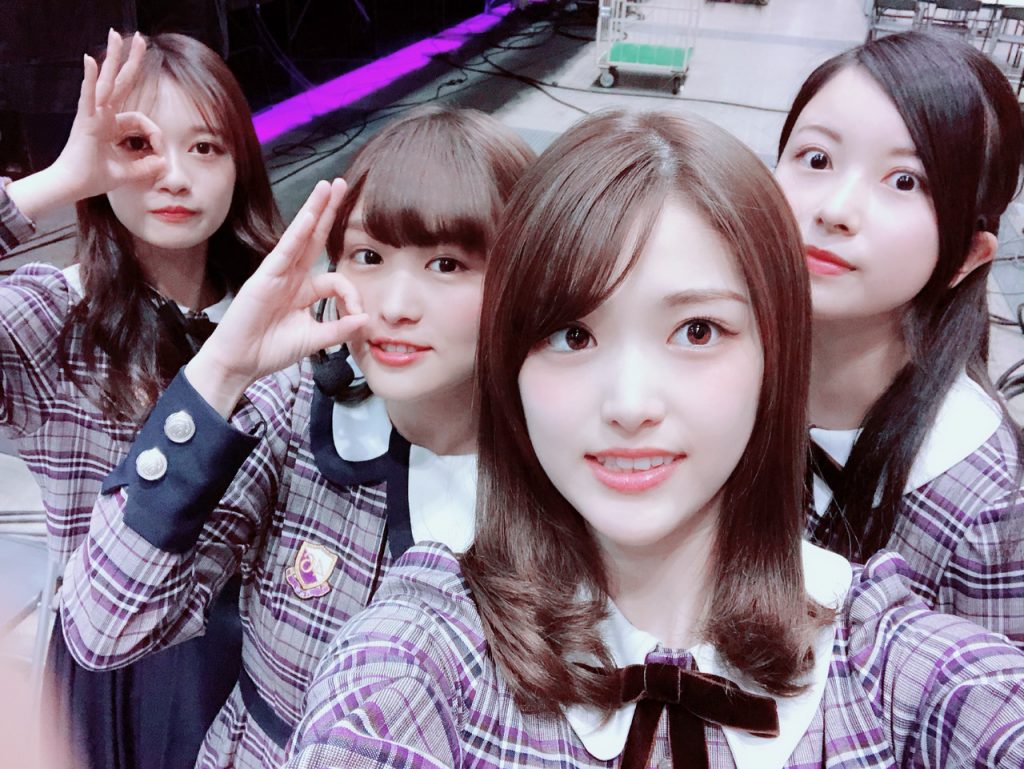 was completed without any problemss!

Thank you for all of your support ^_^

We performed a grand total of 177 songs.
I would like to talk about each and every song,
but if I were to do that,
it would take an entire book,
so I’ll keep it short…

On the first day, we started off with Guruguru Curtain.
I remember listening to a demo of the song many many times
while riding the train.
We started out with 33 1st generation members and now we are down to 15.
Manatsu joined from the 4th single.
Nanase was to participate only on the last day of the concerts,
so 13 of us (1st gens) performed it.

Before the performance, we shared with each other how nervous we were
and watched over Minami-chan as
she practiced her 「haii」.
It was nice that here was everyone who was Nogizaka46 who hasn’t really changed
since the beginning.
I love how Nogizaka46 has the feel of a
field of flowers
even after 7 years.

We performed tons of songs,
but which song left the biggest impression on you?

I wonder if it was Hidarimune No Yūki.
I finally realized how strong the lyrics are
after 7 years (^^)
It has always been my fight song
during concert season.

Shibuya Blues
Playing guitar with Hazuki-chan.
I was super nervous,
but thanks to my reliable kōhai-chan,
I somehow managed (^^)
Maiyan and Kazumi-chan have such wonderful voices~ 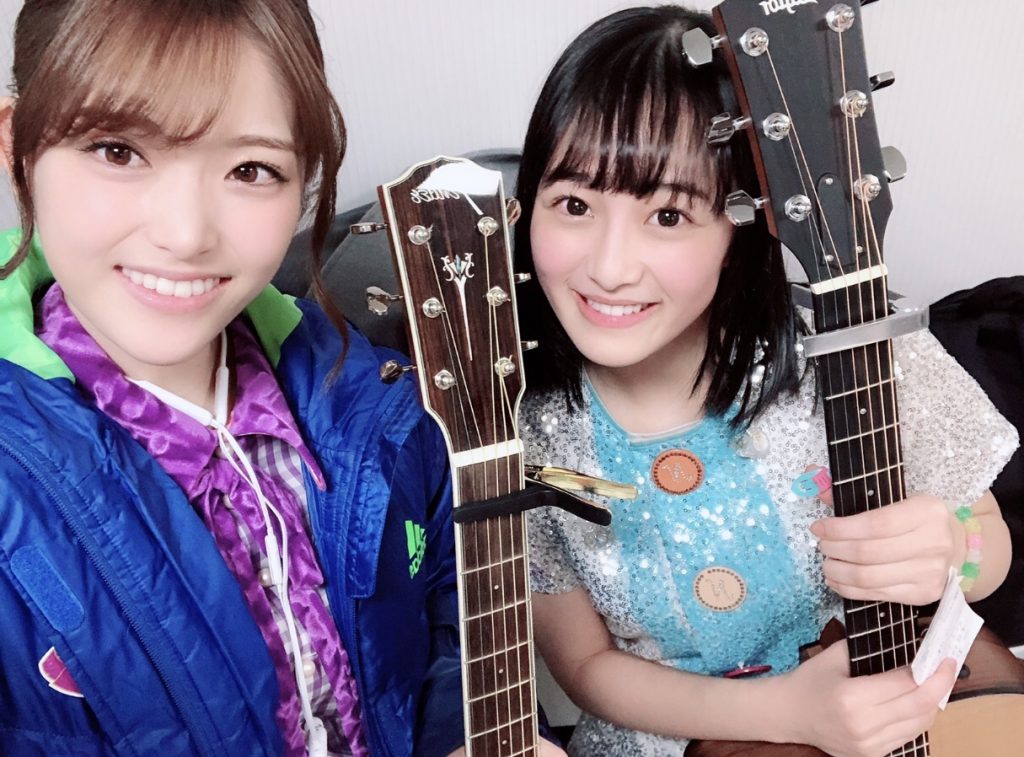 And also, every song is important,
so I don’t know which to write about…

I have been a fan of Akimoto Yasushi-san’s lyrics
since I joined Nogizaka46.
In performing all our songs, I came face-to-face with the lyrics anew,
meeting again with my favorite phrases.
Every day was tears of emotion.

Many members were crying backstage
There were tears from thinking about our friends that graduated.
There were tears of self-encouragement for working hard.
Tears of one trying to accept what the future holds for them.
There were various type of tears,
All of them were beautiful.
I am happy that I was able to share these feelings together
as a member (of Nogizaka46).

Nanase’s last concert
was wonderful.
Yasashisa To Wa is one of my favorite songs.
I would be super happy when
it was put on the set list at concerts,
but once Nanase is gone,
the only original members
will be the Karaage Shimai.
Because it’s lonely, maybe we’ll put
a Karaage Shimai call in it. (LOL)

Finally,
thank you for doing the carrot face.
I take pride in the fact that
I came up as a topic during the last MC talk. (LOL) 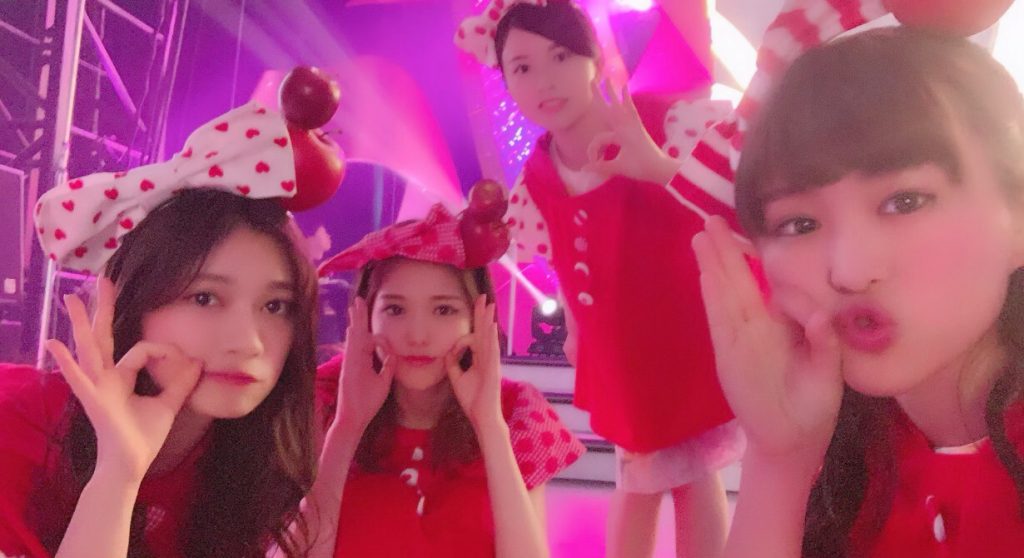 Before the concert started, the MVs of the parody songs
「House！」 turned into 「Rice！」

「Romance no Start！」 turned into 「Kyocera no Start！」, and

were presented! Did you guys see it?

Hatarakikata Kaikaku is a total original,
made with Arai Futoshi-san!
Miyajima Jun-san did the arrangement!!
We asked him to do it this time again(^^)
It’s well done, if I say so myself.
It is a song to root for everyone who works!

Actually, we have a song
that wasn’t presented.
It is also a very good song,
I want to present it as soon as possible. 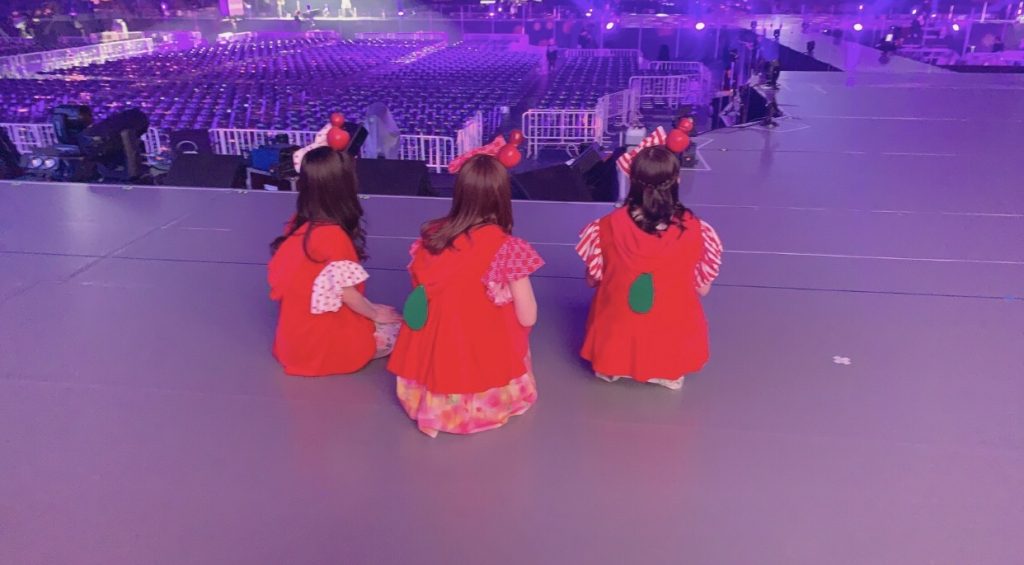 Even though I am fully feeling the afterglow of the Birthday Live,
there are many more things that I want to do!
It is impossible to grant my every wish,
but I’ll do my best, little by little.
Please keep supporting us!

On March 3rd, I’ll appear in the Kobe Collection!
It will be full of content,
such as a CanCam stage and
a Kakegurui Talk Show!
By all means, please come check it out!!
Because I’ll be alone
I’m feeling worried about it( T_T)＼(^-^ ) 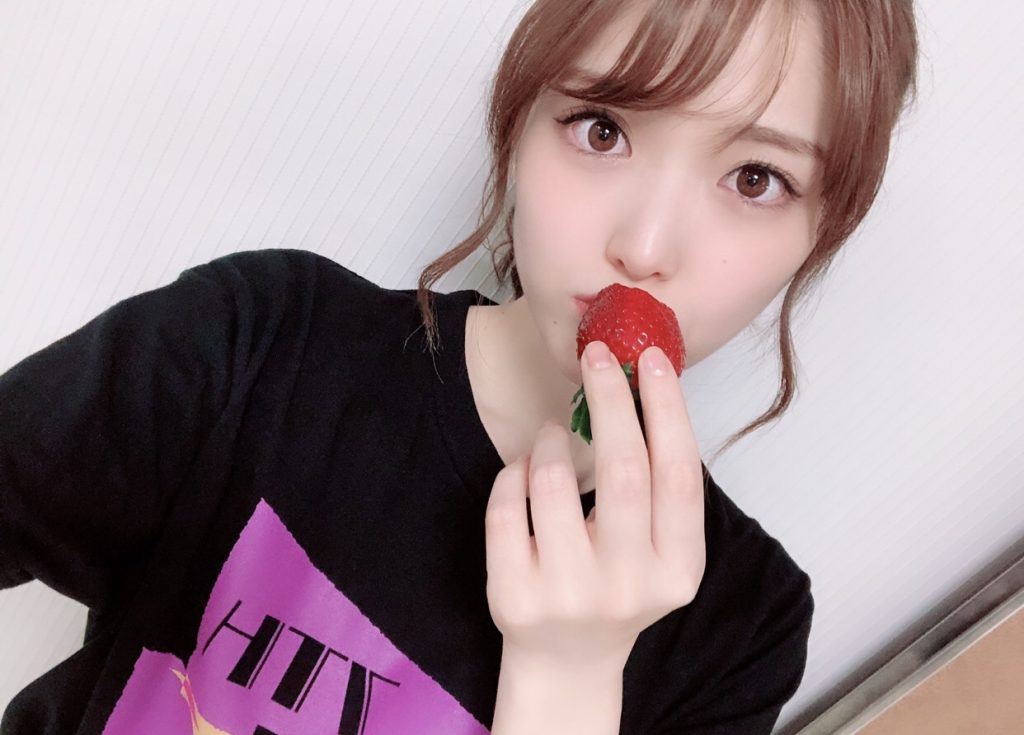 Since the 7th Bday Live
will have all songs performed,
everyone,
please practice the calls!! (LOL)
Due to feeling nervous
I already feel like my heart has gotten small…


Also, the calls for 「Secret Graffiti」 are like this, please.


Earlier, on the official LINE app 「Higuchi-kun’s Wishes Movie」 was announced.
(*^o^*)
We would like everyone to say 「Linda」 and 「WOW WOW WOW」 during the chorus​!

Actually, we wanted all of the members’ names to be called, and thought about a call that has everyone’s names in it and other different stuff…
After discussing it, we figured, “It’s best if the people who come to the concert have something easy to remember and can enjoy it lightheartedly,” so it’ll only be for the chorus part (*^o^*)
Aside from the chorus, we hope everyone will get excited with their own way of enjoying things.

And lastly…
If it is okay…
I hope it will be okay…
During verse A at the 「Itsumo himana daina~」 part, we would be happy if you guys shout 「Chima Chima Hinachima Fuu Fuu!」 ＞_＜

I want to make Secret Graffiti a song that we can enjoy with everyone.
Please and thank you (*^o^*)


Anyways, what I looked for and found
was something like this (´・ω・｀)
But it’s up to you
whether you want to do it,
so please just enjoy the show ☆

And,
The new Waraa WEB video has been released!
This time Shiraishi Mai-chan makes a cameo appearance!
Together, Mai-chan and I think hard about it ￥( ˆoˆ )/
Please do watch it.

Today, EX Taishuu’s March volume is on sale.
I’m on the cover!!!

There is an article inside on Code Geass
It feels like destiny （ ; ; ） 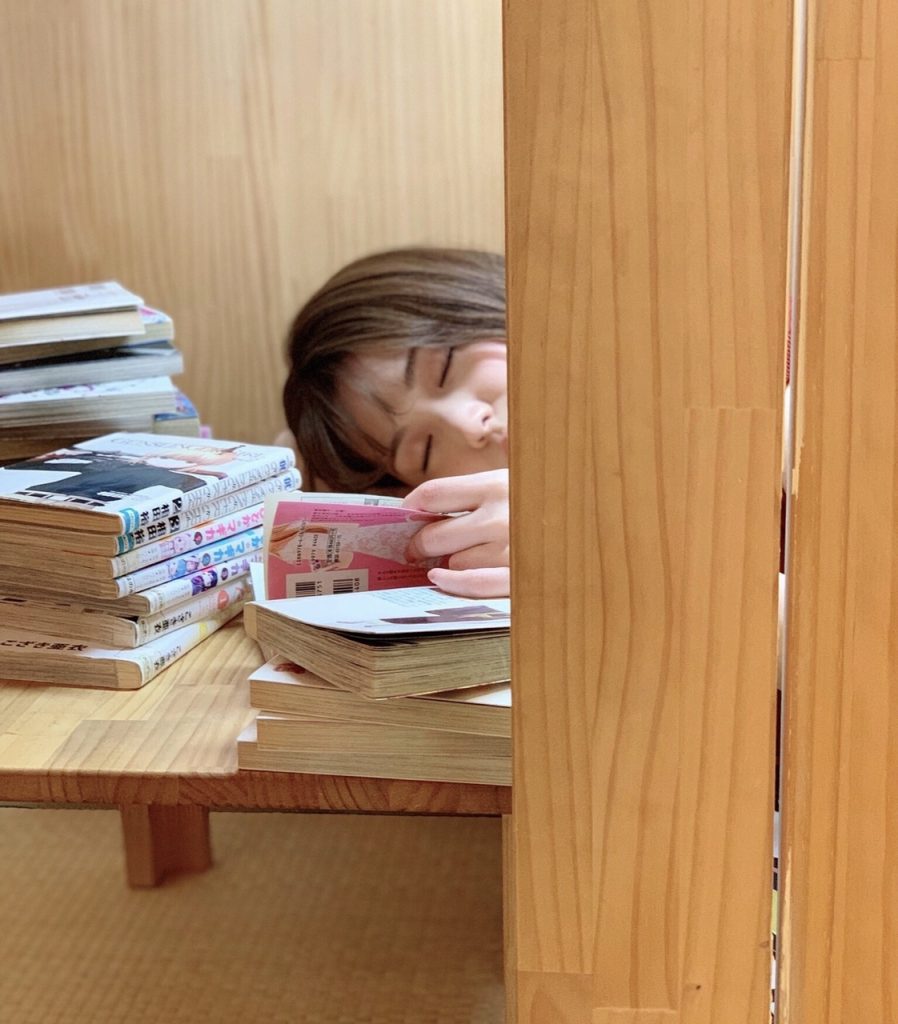 I burst out crying during the opening
of Lelouch of the Rebellion.

Even after that, my emotions would get the best of me and I cried many times….

It messes with your emotions, but
I reconfirmed how great
Code Geass is.

By the way,
it (EX Taishuu magazine issue) features Nogizaka46,
so there are a lot of members in it. 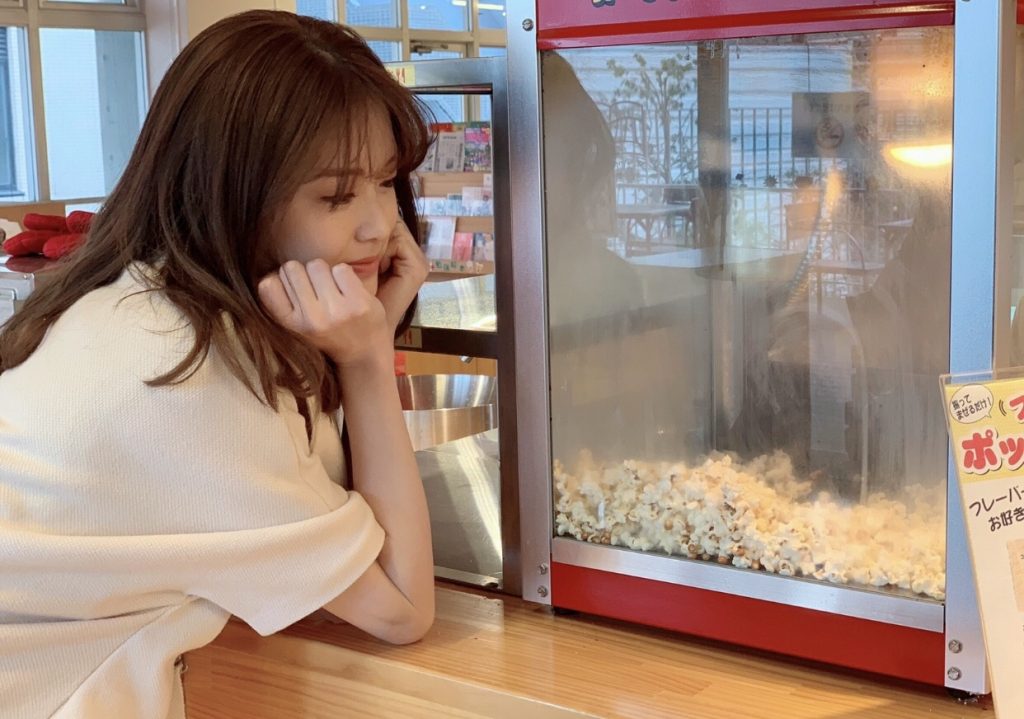 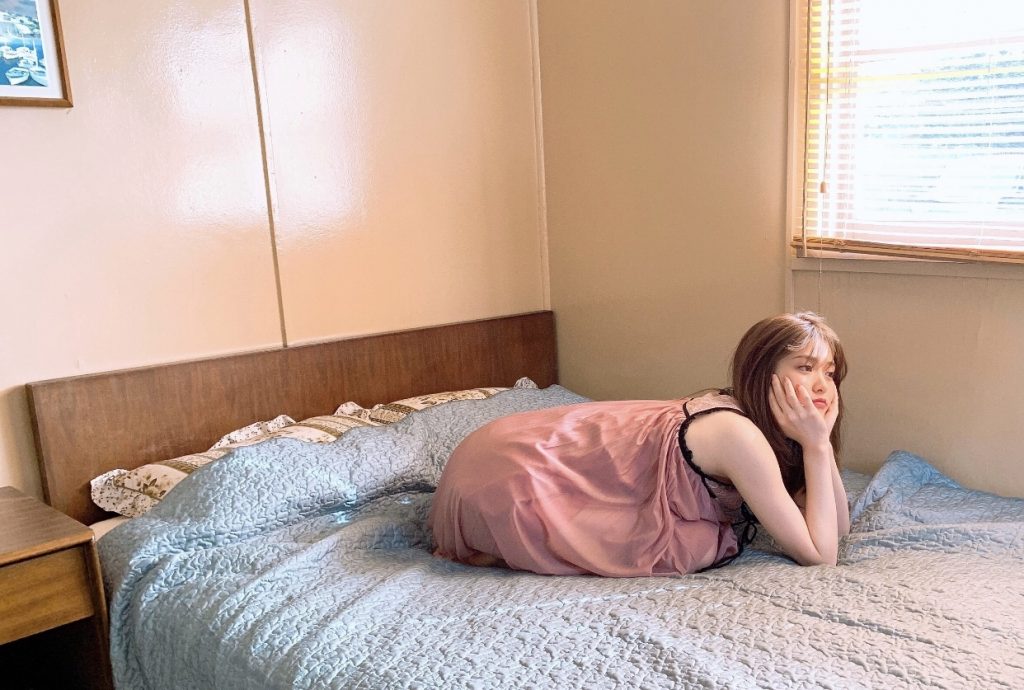 Also, a new Waraa-san web video
has been released ♡
It looks delicious this time again… ☆
And there’s a new development!
to the usual exchange that happens♡

Looking at the 4th gen,
each generation of girls
has their own flavor so it’s fun and interesting.

Throughout 1st gen, 2nd gen, and 3rd;
each has a completely different feel to them.

I love that (different atmosphere among the different gens)
and the 4th gen also brings a new feel as well.
and is very interesting ♡

As these girls join Nogizaka,
I think to myself how things will get fun,

All of the girls of my gen move forward more and more
and I find them cool for doing that and it makes me proud of them.

But, deep down, it kinda makes me sad.
The fact that I can’t express my feelings well during these moments
makes me frustrated.
But it isn’t all sadness!
My feelings are forward-looking!!
But, I do think it’s sad as well.

It’s difficult!!!
So, I’ll focus on making the concert a success
and do my best
to create as many great memories as possible!! 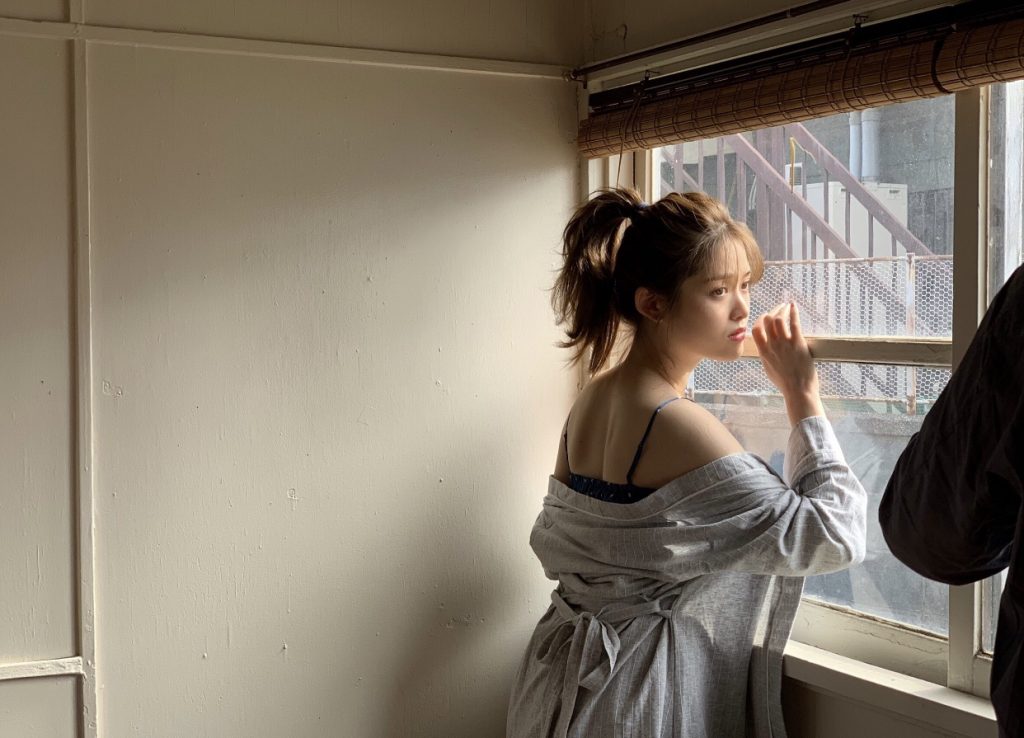 Did you guys see it??

A wonderful gravure called
Macchun LOVE is in it.

The cameraman is Kuwajima-san
and the stylist is Okutomi Masatō-san.
That’s the photography team, with
my favorite makeup artist Sōbu-san.

This fried chicken,
The staff specially bought it from a well-known place for me.
That was Macchun LOVEE (´ω`)
I want to eat it again…
Where was it from again?… 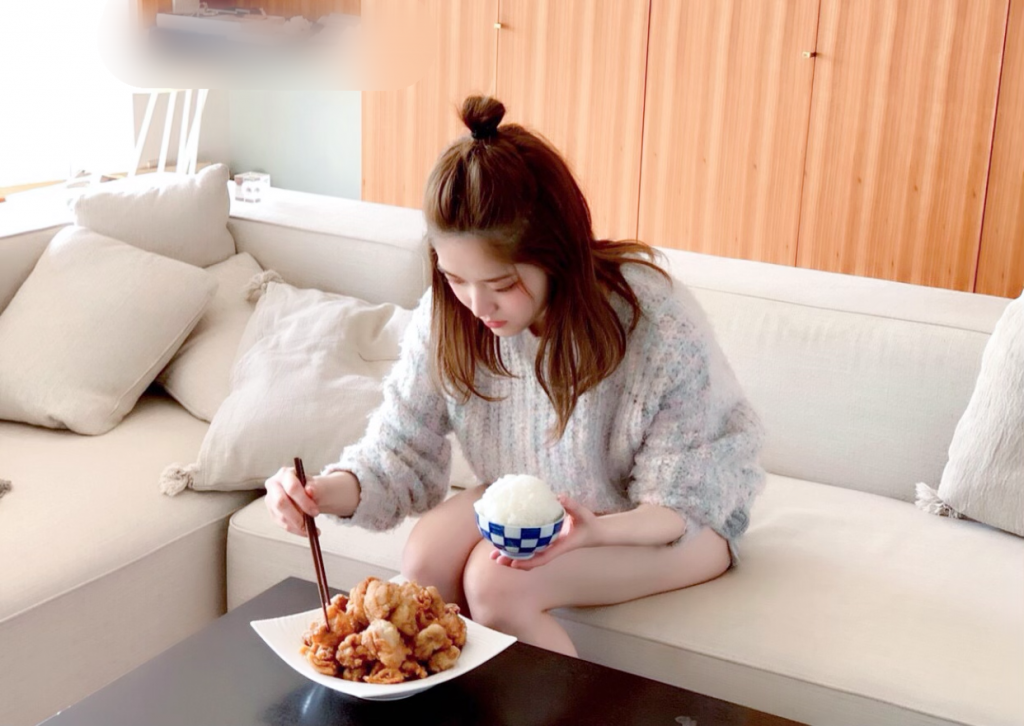 These clothes are so, so cute
As expected, they really know what Machu loves! ♡ 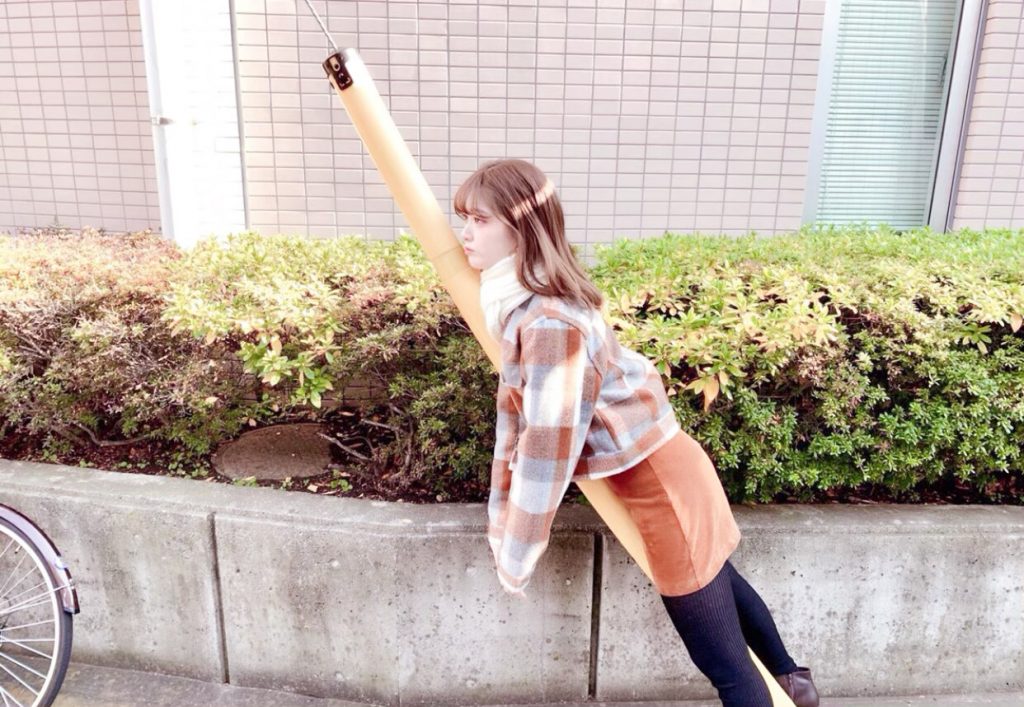 There are tons,
so please check them out… !
Oh, our 4th gen-chan is on the cover ♡

Also, Waraa-san’s new video
is out ♡

Matsumuraa went on a trip!!

A video perfect for killing time during the three-day weekend ♡


Lately, I’ve been having a great time watching Zambi ♡
I’m enjoying being scared and watching it just like a regular viewer ♡
Manatsu-san is really great in many ways.
When Manatsu and Asuka
were playing basketball and went “Yaay☆,”
what was the play that happened!?
Manatsu-san went for it in her hairstyle during the school matriculation ceremony ♡
Yoda-chan’s sharp mind is amazing…

It just really makes me want to talk about it with someone!!!
I’m looking forward to next week’s (episode) as well ♡