The fifth and final episode of this Ougon Densetsu series! Watch Michishige and Akiyama take things to the extreme in order to save every yen possible to beat the other. Who will come out on top?! Will Michishige have to get a “wolf” hair cut? Watch the conclusion to this series and see why Michishige cries!

If you’re in a donating mood, our bitcoin address.

For all episodes of Ougon Densetsu that we’ve subbed, check here or here.

Besides the Nogizaka46 Live,
we participated in a talk show
and other various eventss!

Everyone’s response was really affectionate
during the live performance and the talk show so
I didn’t really feel any first-time jitters
and it was really enjoyable the whole timee!

We were very surprised
and happy that
everyone really knew the calls and
danced along with us to Kimi no Na ha Kibou.
and genuinely knows about Nogizaka46!

I was truly moved that
our songs even reach
countries across the seas、、、♡
Thank youu!


I visited
the exhibition booths,
and I got so excited and at the anime booths the whole time and got lots of pictures taken of me ♡

I’ll show a bit of my memories ♡ 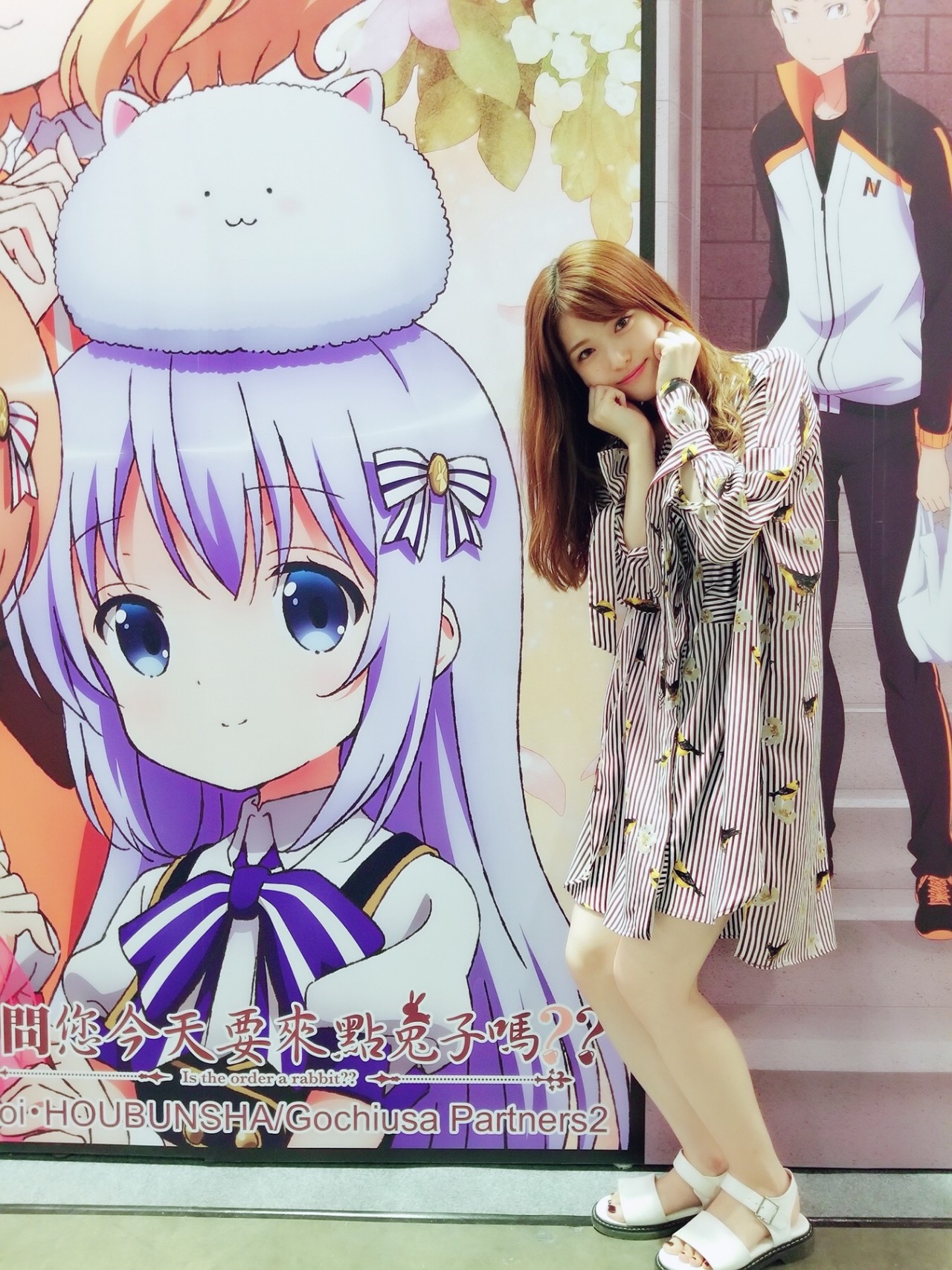 There were many people cosplaying, too,
and the quality was imprssive!
Anime is amazing even overseass!
On the plane ride there, I watched Made in Abyss and
On the return trip, I watched The Ancient Magus’ Bride!
Planes are nice!
I get to calmly watch anime, it was the best time!


It was a fun tripp!


And, CanCam January edition is on sale!
The extra edition is the popular magic selfie light!
This time, it’s a neko-chan typee!

By the way, the other day,
I went to eat with CanCam Models
Miyamoto Mayu-chan and Nakajō Ayami-chann!
We had lots of fun~~♡
I’d love to meet with
other CanCam models as well~~ ^ ^♡

On sale on December 12th

In this episode of Shirabe, it is time to find out who is the dirtiest idol in AKB! Starting with 5th place down to 1st, it just gets more and more disgusting. Find out if your favorite idol is secretly dirty and unkempt.

A request: If you have an account on Vidme, please give me a follow, as having 50 followers will allow me to upload more there.

If you’re in a donating mood, our bitcoin address.

Today, starting at 17:00, I’ll be doing a showroom with Karin-chan.
Because it will start early on a weekday, there may be some people who can’t watch it, but for those who can, please do watch it! 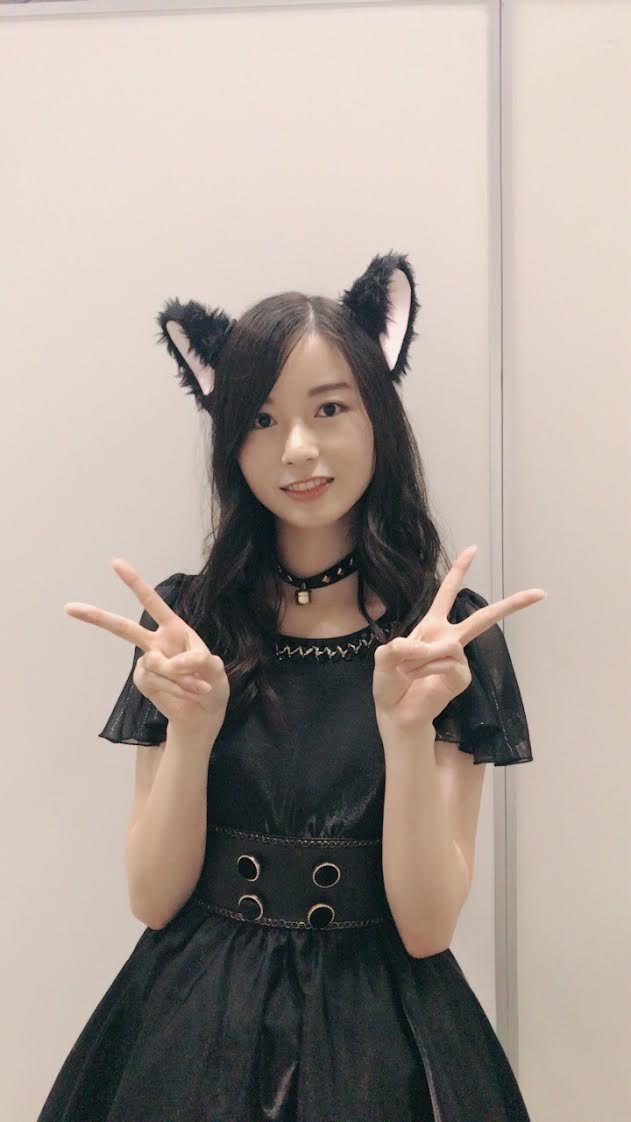 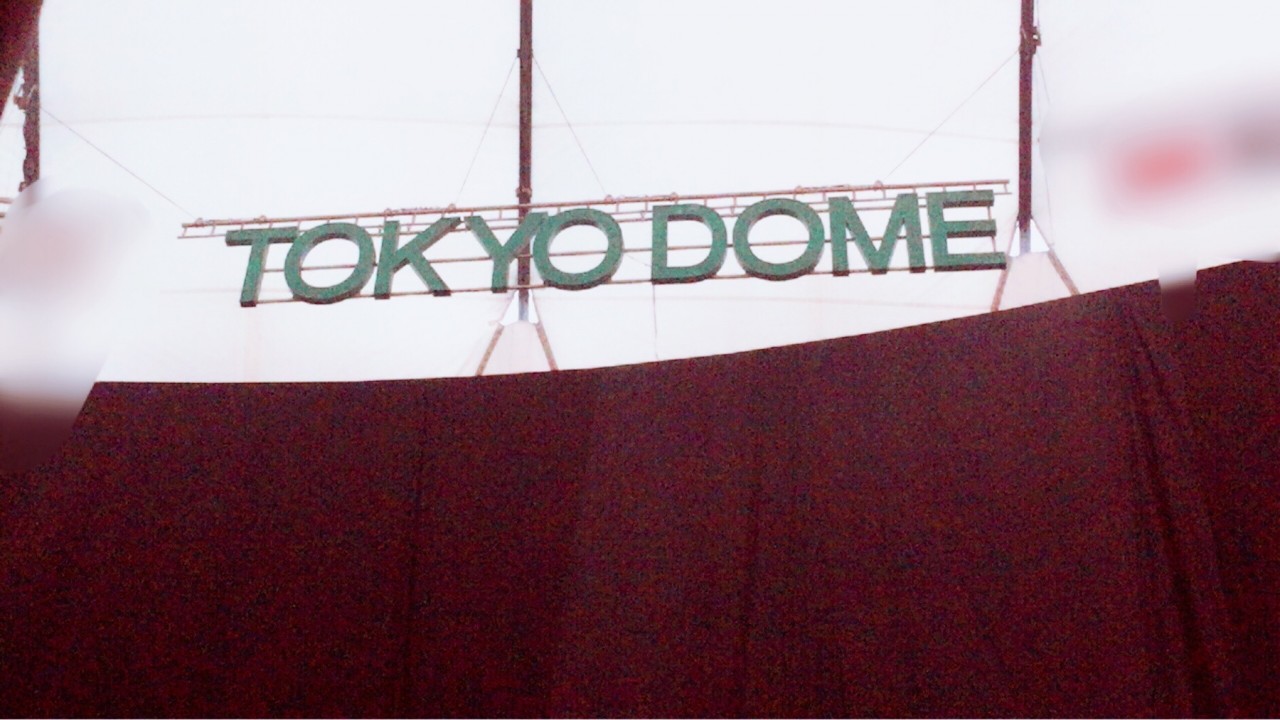 I feel like the group’s goal has changed
to a new departure point after we finished
the Tokyo Dome concert without a hitch.


Tokyo Dome looks big when looking at it from the outside,
but it also looks big standing on stage.
I was very very excited.
When the audience came into the place,
my fear somehow went away,
and I felt
that it got more and more enjoyable
as we sang.

It feels really profound that
we were able to stand at Tokyo Dome
after being able to do so many different things
these six years.

On the second day, Moko-san and I were the only ones with twin-tailss!

It seems like it was her first time wearing twin-tails at a live??

Also,
we were chosen to appear on Kōhaku Uta Gassen
and were nominated for the Japan Record Awards!
I am very grateful!
I’ll reflect on this and do my bestt!

On November 21st
I played the role of Minori-chan.
It is for a Clione no Akari event!
Please come and visit~~


I think I’ll have more opportunities to meet you all because of things like
photobook signing events, etc. So please look forward to it!

Ah~ I want to go to Thailand~~

When anything happens, I keep remembering
fun things that happened in Thailand.

The title of my first photobook,
that will be released on December 12th, has been decided.


It might be a little unusual
for a photobook title,

Rather than just a title for a photobook,
I like that it’s something that might hook
your attention… At least I think so!

And
the way it makes you think, “Who is that being spoken to?”
is what’s great about it~~

Maybe because I like to think,
just this title
makes me think of a lot of different things…♡

Is this
between an idol and a fan

or
a childhood friend

or is it
a girl from the neighborhood


Or a schoolmate from a different class.
The title could be about that, too～～♡

Thinking of that, it could also be a title of a shojo manga♡

Anyways!
The title has been decided. Thank you.

You can abbreviate it as

Did you watch Nogizaka Kōjichū?
I want to go to Thailand!
Up next is the second half,,.

It was really really fun,,,.
I really love Thailand,,,♡


Thailand was really fun,,,!
I really want to go to Thailand again.
I think the next time I have some time off, I’ll immediately fly there,,,♡

I would be happy if you watch Kōjichū this week, too,
and see the three of us truly enjoy Thailand.

There was really cute ice cream~!
Mine is my favorite mango flavor
I think Kazu’s was milk?
Reka-tan’s was hmm… probably coconut. LOL


Even the ice cream was cute ♡
I love Thailandd.

In Thailand, even the kitty
was nice to me,,,♡
Even though it was the first time we met,
I gave it a big hug.
I hope the kitty is doing well~~♡

A picture I just kinda like.
I can hear us having a conversation. 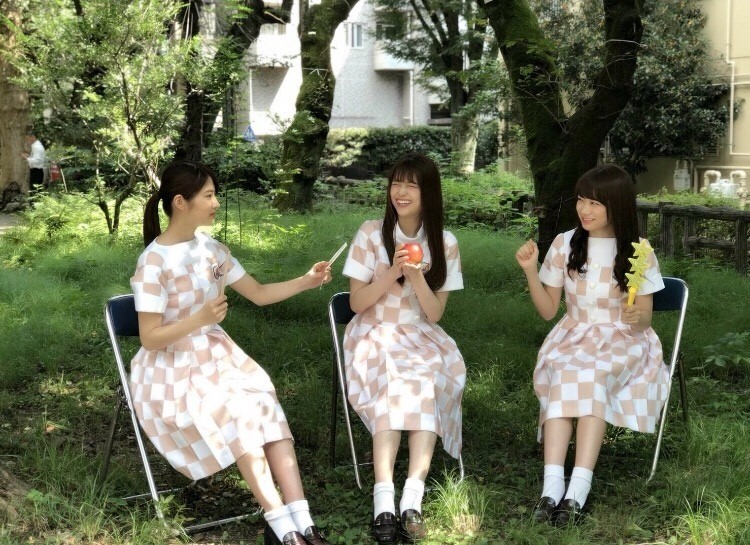 The Tokyo Dome Concert is coming up and
lately, I’ve had thoughts about how
things have changed.
I don’t know if that’s good or bad,
but we have came a long way
since Guru Guru Curtain,,,.
It’s amazing.  To stand there, just us.
Back then, it was like we were just guests being invited in.
Now, it’s just us.
Back then, we were scared and cried,
but now, I wonder how it’ll be?
Everyone worked hard~~
We must do our best during the Tokyo Dome Concert~~

Oh well, that’s just me
getting a bit worried before the whole thing ♡ 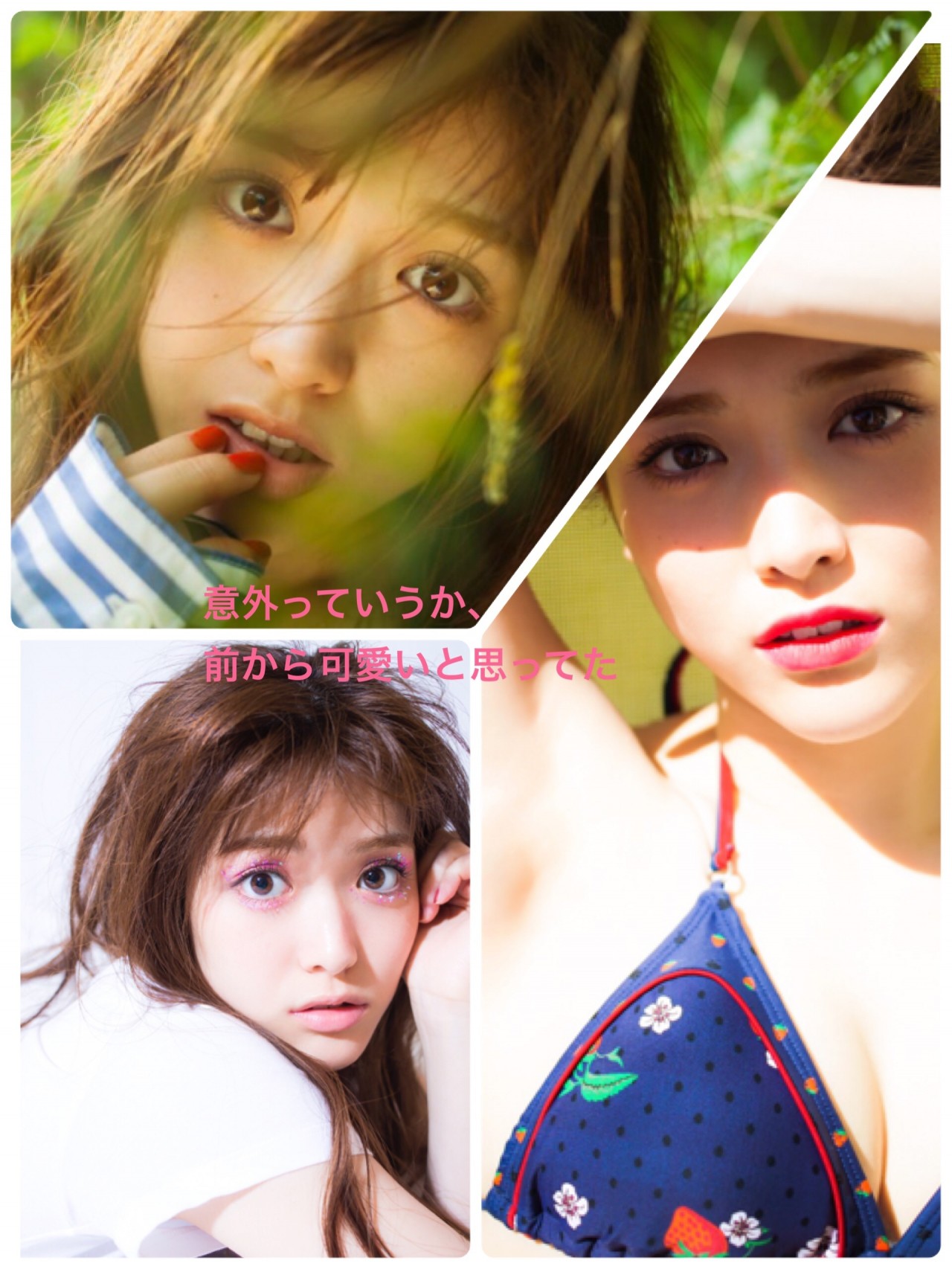 
When we were performing Girls Rule,
we wore uniforms of the job
that are the top 5 jobs
that children admire. 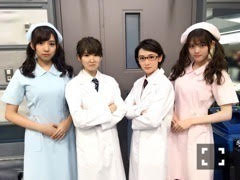 I am glad that I got to wore it,
because I had wanted to become a nurse, too.

But other members said
「I don’t want to be get an injection by this kind of nurse」…. LOL

Also, yesterday I participated in a
Seven Eleven Shopping Event!
To everyone who came,
Thank youu.

It was fun to talk to people while working the cash register!

Nogizaka Shimbun was released on October 27th,
and I did a dialogue interview as an Army Corps Leader.
We each talked passionately about our Army Corps!!
(Sayuringo Gundan, Manatsu-san Respect Gundan, Wakasama Gundan) 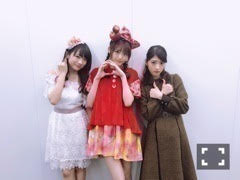 It has been a long time since I wore this ringo costume,
and I realized that it is embarassing to wear it
outside of live concerts…..
I’ll do my best as the Army Corp Leaderr.

This is classified information, uncensored.  This is the reason why Japan does not need nukes.  Witness the greatest national sport, SUMOU.